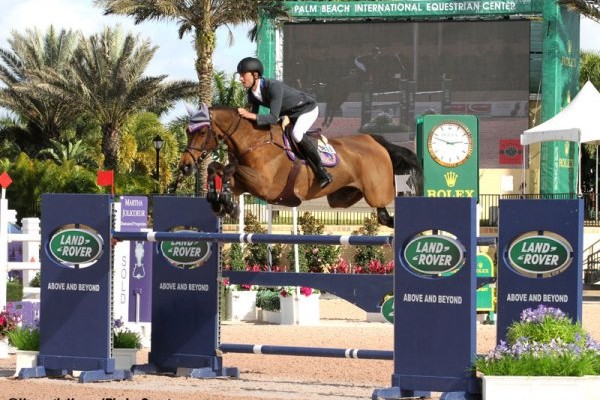 "Winn Winn" is horse with a lot of blood and character. She is a daughter of world famous stallion Chin Chin who jumped at the highest international level. After his education in  Germany Chin Chin moved to Mexico and jumped 2 Olympic Games (1988, 1992) with Jaime Azcarraga. In 2002, at the age of 24, he came to The Netherlands to breed. He was approved at 7 studbooks including KWPN, AES and the Holsteiner studbook. Chin Chin has 15 approved sons, the most famous ones are Phin Phin (vm Abdullah), Triomphe de Muze (vm Galoubet A) and Arezzo VDL (vm Heartbreaker).