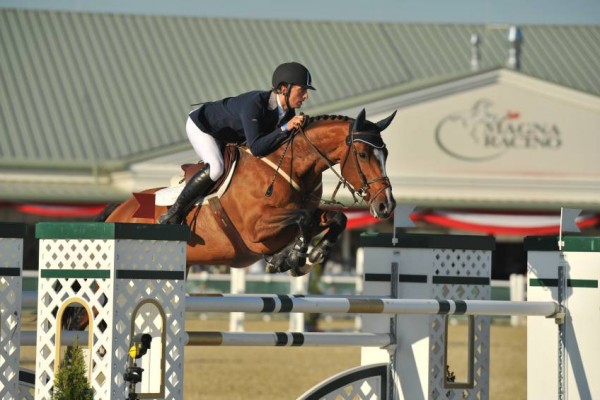 "Virginia" was born in April 2002. Father Orame jumped at international level with Jur Vrieling and they represented The Netherlands in different Nations Cup shows and the list of other placings is very long. After a succesful career in Europe Orame left to The United States and was ridden by Chris kappler. Orame did not only produce showjumping horses but also succesful eventing horses.

"Virginia" herself was a very promising young horse and as a 5-year old she won the silver medal in the World Championship for young horses in Lanaken under Dutch rider Mareille van Geel. In 2011 "Virginia" came to SHALANNO FARMS for a short period of time. Andrew rode her succesfully in the Sunshine tour (ESP) and Magna Racino tour (AUT) in the 1.45-1.50 classes and after she got sold to a young rider in Belgium.