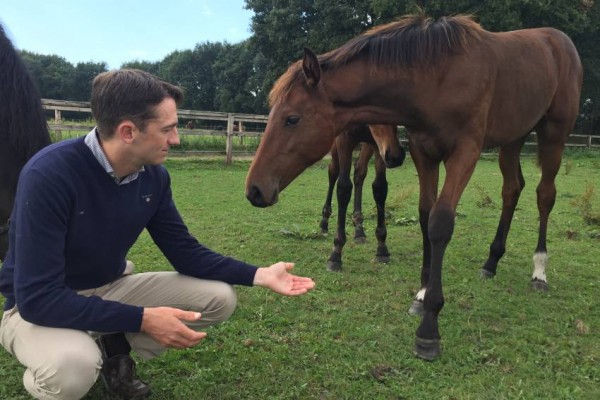 "Lesedi la Rona" was born April 18, 2016 as a daughter of Cellestial (1994) and "Athena S" (Epilot x Libero H). Cellestial (Cantus x Windesi xx) was very successful as a young horse in Germany. He was a finalist of the young horse championships in 1999 and 2000 and he won the most competitions as a 5 year old in Germany. Later on he was twice a finalist at the "Sires of the World" in Lanaken en successful with diffrent riders such as Rolf Goran Bengtsson, Andre Thieme, Rene Tebbel en Katrin Schmidt.
From mothers side "Lesedi la Rona" inheritages her jumping dna from Epilot and Libero H who were both successful at the highest jumping level.
The 2016 bay mare retrieves her name from the third-largest diamond ever found, "Lesedi la Rona". She has the looks from her mother "Athena S" and already shows the balance and souplesse in her movements from her father.