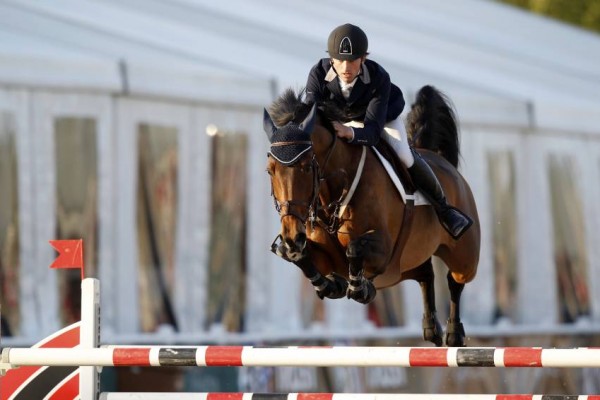 "Julia des Brumes" was born the 30th march 1997. She has an outstanding bloodline starting with her father Libero H. The Holsteiner preferrent stallion had won many international prizes with Jos Lansink with the highlight in the end of his career by winning the World Cup final in 1994 in Den Bosch. Libero H has a great influence in the sport as well as in breeding. No less then 25% of his offspring that is active in the sport is jumping at international level.

In 2017 SHALANNO FARMS was lucky to have 2 beautiful foals from "Julia des Brumes", one chestnut mare by Golden Dream and one grey stallion, also by Golden Dream.