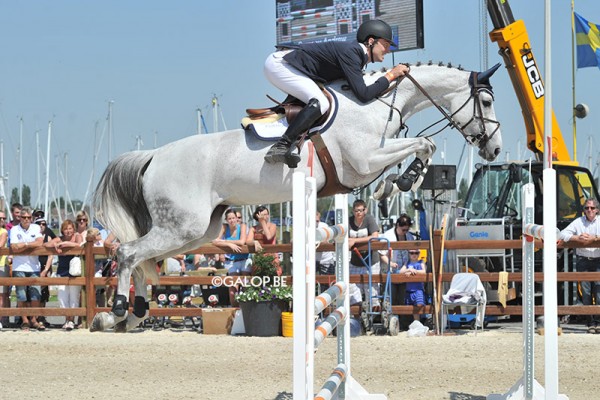 "Chocola Z" was born 18th of May 2002. She has a compleet German bloodline descending from Carthago x Pilot x Weltmeister. For years Carthago was one of the best showjumpers, under Jos Lansink he represented his nation in the Olympic Games in 1996 and 2000 and the pair won many Grand Prix classes and Nations Cups. Not only in the sport he was very succesful but also in breeding he was a very popular horse. By the time Carthago died in 2013 he had 73 active approved sons.

"Chocola Z" was one of the first horses purchased by SHALANNO FARMS in Europe in 2011. Andrew rode her up to 4* Grand Prix level till the beginning of 2014 when she was sold to Canada. Highlights or their jumping career were a 2nd place in the Grand Prix of Bonheiden in 2013, a 4th place in the 1.50 class in Hachenburg and winning a 1.45 Ranking class in Ebreichsdorf.