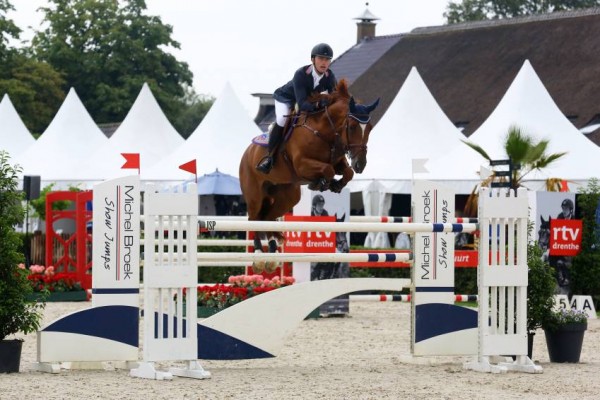 "Bologna" was born in 2006. Father Emilion was very successful with Ulrich Kirchhoff. He jumped at the highest level and won the World Cup in Millstreet. Emilion has delivered many successful international jumping horses. One of the famous ones is Seldina, she became 2nd in the World Equestrian Games in Kentucky with her rider Abdullah al Sharbatly. In Holland the most famous ones are VDL Emmerton who became Dutch Champion in 2008 and VDL Tomboy who won multiple Grand Prix’s and World Cup Qualifiers with Eric van der Vleuten.

"Bologna" already showed her talent in the VION Cup in 2013 in Holland where she became 10th and in the World Championships for young horses in Lanaken she ended up in an 11th place.

"Bologna" is in 2014/2015 competed by Nayel Nassar (EGY) in the United States after showing they were a successful combination debuting in Spruce Meaows 2014. Currently "Bologna" is staying in California with Carly and Matt Sereni and Carly will soon start to compete with her.