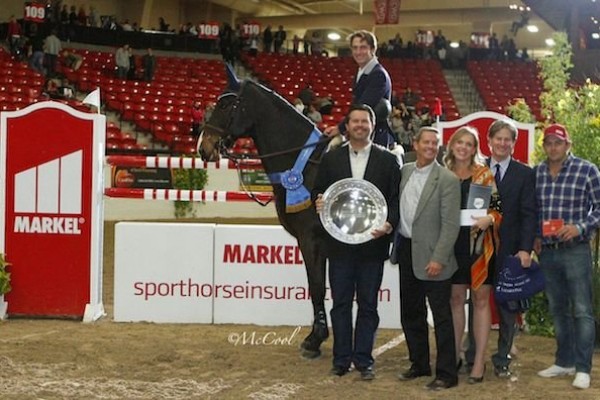 "Adamo van ‘t Steenputje" (Darco x Feinschnitt, b. 2000) is bred by Ernest Pieters in Belgium. Sired by Darco, the world famous Belgium stallion ridden by Ludo Philippaerts. Darco had great success in International Show Jumping, he made it to the Olympic Games in 1992, but also his descendants are doing very well. He has over 3000 sons and daughters in total and he has his own statue in the place he grew up, Peer, Belgium. Darco is approved in five countries and in eight different studbooks.

"Adamo van ‘t Steenputje" has proven successful with several different riders at the Grand Prix level. At the age of eight he jumped his first World Cup with Harry Smolders and in 2009/2010 he jumped Nations Cups and World Cups with Belgium rider Yves Vanderhasselt. After that he moved to Israeli Danielle Goldstein jumping the 2013 European Championships in Herning, Denmark. In September of 2013 SHALANNO FARMS purchased "Adamo van 't Steenputje" and the pair had a successful start winning the World Cup qualifier of Las Vegas and earning top prizes in the Los Angeles World Cup.