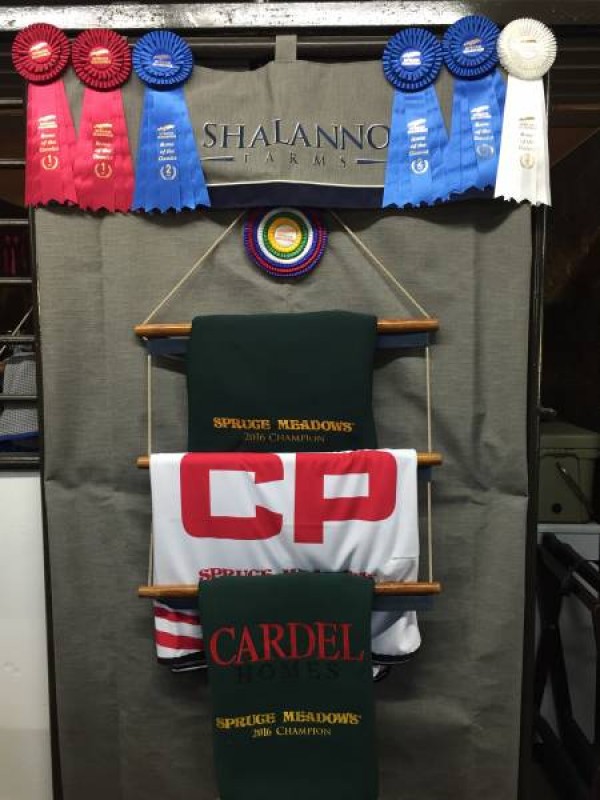 After a long transport from Kentucky and competing on sand surfaces, SHALANNO FARMS' took the first week of the Spruce Meadows Summer Series to acclimate the horses to the circuit. Competing in the Equine Canada national divisions the first week of circuit, produced fantastic results the second.

All five SHALANNO horses earned top placing’s throughout the Continental Tournament. Winning two classes, thrice second, a third, a fifth, an eighth and a twelfth.

The highlight of the weekend was California 62’s 3rd prize in the $375,000 CP Grand Prix. A great conclusion to a Fathers’ Day weekend.

SHALANO horses will now have a week’s rest until the Summer Series continues with the Pan American Tournament.