Stud For Life Coverage of Gerlos 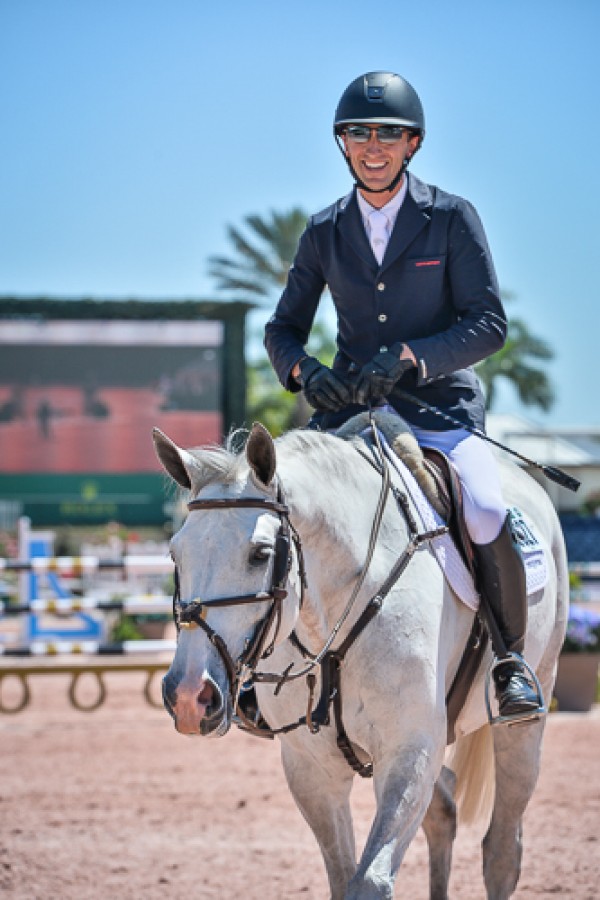 “He’s sound, he’s careful, he’s fast. And on top of that, the brain is there.”  The USA’s Andrew Ramsay doesn’t hide his admiration for his seven-year-old partner Gerlos (Der Senaat III x Cicero Z van Paemel), nor his belief that the young horse has a big future.  Last week, Ramsay and the KWPN gelding won the Seven Year Old section of the Winter Equestrian Festival’s championship division for young horses, the

$20,000 Spy Coast Farm 7 Year Old DJS Classic . It was a welcome milestone for the talented gray that was campaigned by The Netherlands’ Anoek van der Pluijm, and won a section of the 5-Year-Old Championship at 2016 Lanaken with van der Pluijm, before Ramsay acquired the horse that same fall through his own Shallano Farm.  Gerlos was bred by Mario Everse of Stal Everse in Waddinxveen, and developed up through his five-year-old year in Holland. In partnership with Alan Waldman, Ramsay was connected with the horse and picked up his development from there.  “I like blood horses, I like horses that are energetic, that can take me, that you sit still on,” Ramsay described. “Gerlos is a compact horse, he’s sharp, he’s agile, and he sees things. During the first few months I was on him, I remember if I opened my hand he would go running in the other direction. He’s always sharp and paying attention, and in a year it feels like he’s matured twice that.”  Ramsay sought out different venues in Wellington throughout the winter in which to develop his young horses, and used the three-day, championship format of the young horse series at WEF to find a new gear in his horse.  “It’s nice when there can be challenging courses that aren’t punishing to the horse,” he said. “If the horse can learn from it, everyone comes out better. A course that starts with an oxer towards the ingate, to an oxer away from the ingate, encourages the horse to jump across.  “I really enjoy developing young horses. I think that those horses are the future, but also for riders, for myself, to have horses for the big sport, I want three years with that horse. When I get a horse when he’s five, I basically have four years before he’s jumping big tracks. So I’m going to know him, and have a great progression through the sport.”  Ramsay has put the FEI World Breeding Championships at Lanaken as his next big goal for Gerlos. Even though it’s an internationally renowned event of the highest caliber, American riders don’t commonly compete at Lanaken because of the expense to travel, and logistics required. But Ramsay, who spent years living in Europe and values the process of developing his young horses, hopes to buck that trend.  “My next goal is to syndicate Gerlos, to get a group of owners together to support this horse through what I believe will be an exciting career,” Ramsay said. “For developing a horse, you can have certain goals in mind. And I think he will be a real championship horse for the future.”